Last weekend my mother and aunt came to visit Bilbao! It was a blast showing them where I’ve been living for the past month or so. We visited Pamplona the first day they arrived and it was actually quite similar to the Casco Viejo area of Bilbao. We ate a menu of the day (which includes a drink, starter, main course and a dessert for around 10 euros). After our meal we wandered around the cobble stone streets of Pamplona, looking at shops and we stumbled upon the famous Citadel. It was much larger than the pictures below make it out to be!

After, we walked to the main plaza and got cafe con leche at the well-known bar that Hemingway spent most of his time at. 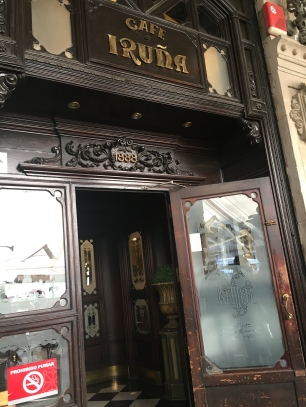 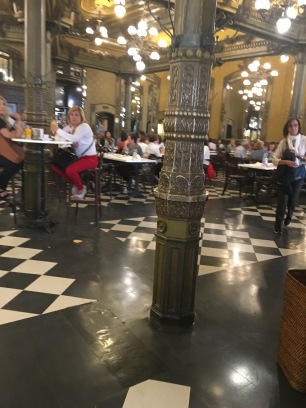 Later, we strolled to this beautiful building with a water feature in front. There were many stores on the way but it was a holiday so they were all closed.

We weren’t ablet to go in, but we saw the arena where the running of the bulls ends. It would be crazy to be here for the Running of the Bulls that takes place in the summer. For those of you who don’t know, Pamplona is the city where bulls are released in the streets and people try to run faster than the bulls all the way to the arena pictured below. If you can, you should watch some videos of this because it’s insane! They have to have professional medics on site since injuries are frequent and bloody (yikes). 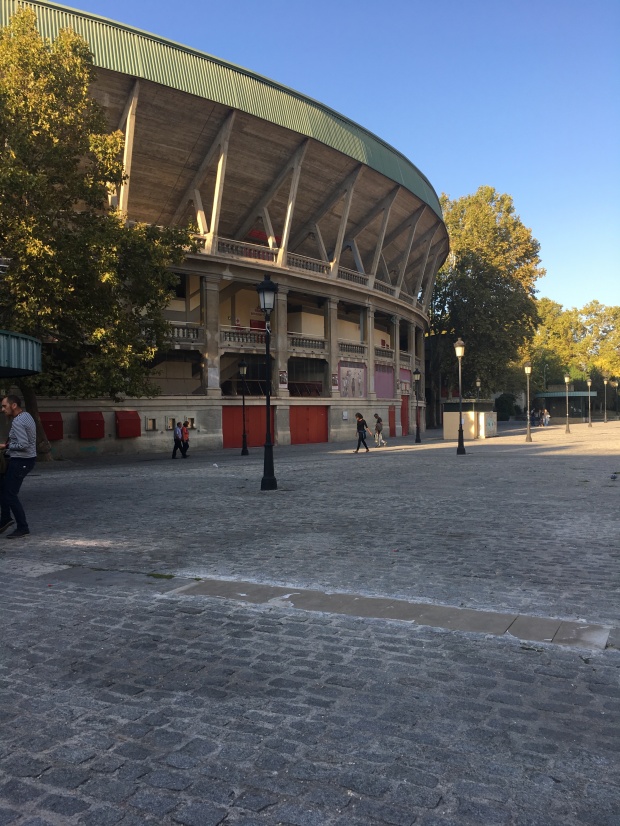 Overall, Pamplona was beautiful and charasmatic. Such a great day trip that I would take again!